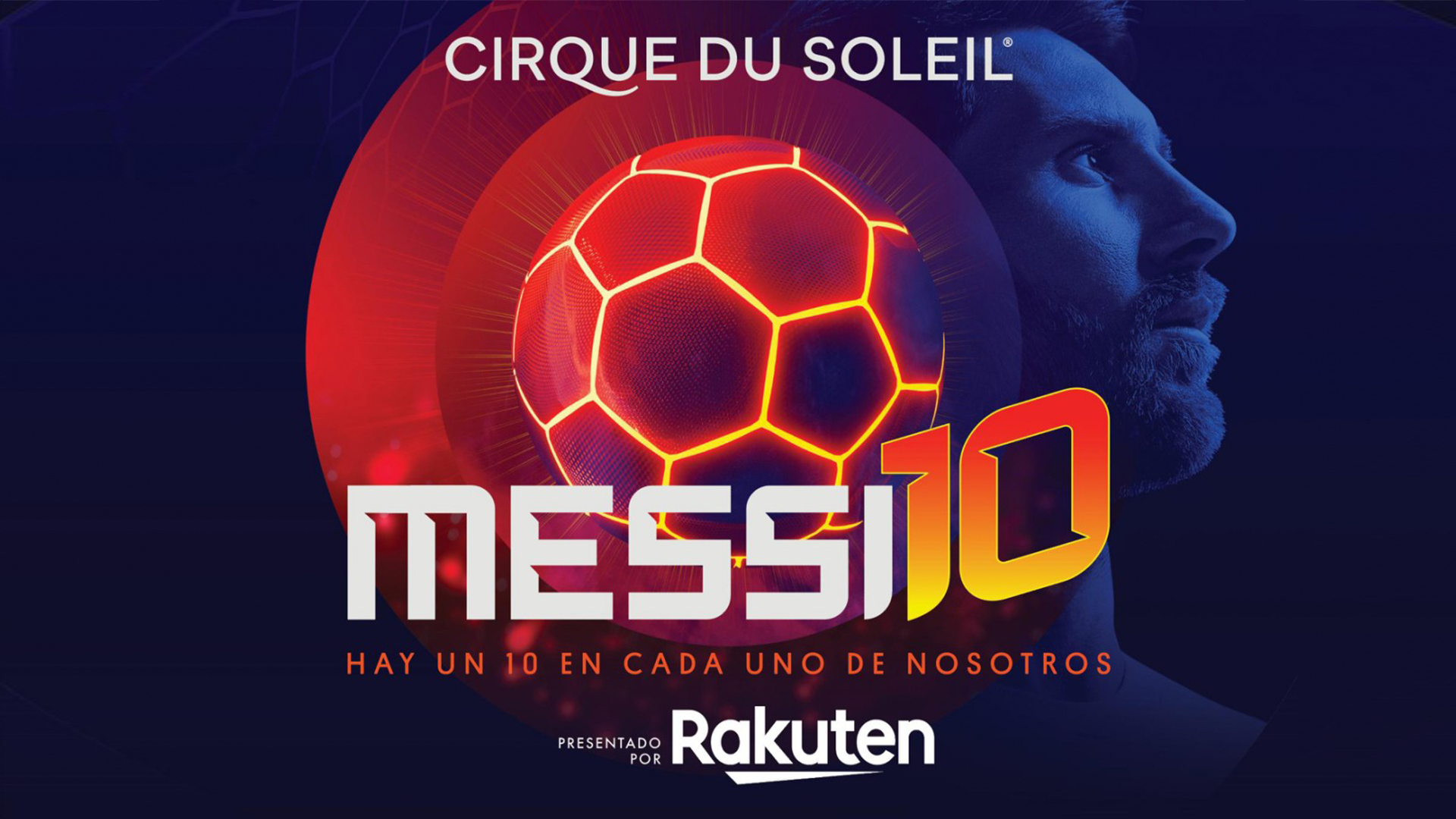 Tokyo, June 12, 2019 – Rakuten, Inc., a global leader in internet services, today announced their partnership with the new show Messi10 by Cirque du Soleil, set to premiere in Barcelona on October 10, 2019. As part of the partnership, Rakuten will act as multi-continental sponsor for the show. Rakuten will also gain global exclusive distribution rights for the show’s official documentary, with Rakuten TV, Rakuten’s VOD platform, to premiere and distribute it in Europe. Rakuten also plans on using its messaging service Rakuten Viber as a platform to activate fan engagement and to promote the show worldwide.

Messi10 by Cirque du Soleil connects with Rakuten’s long history of sports sponsorship and entertainment – two platforms that have the power to bring people together and unite the world by transcending language, cultural and regional barriers.

For Rakuten, this sponsorship is much more than a natural extension of the company’s partnership with FC Barcelona – it is the perfect fit with the Rakuten brand in terms of story, platform and its philosophy: Believe in the future.

“This is the story of a young boy overcoming all barriers to become the greatest footballer of all time, because he believed in himself. Cirque du Soleil delivers unforgettable experiences and provides the perfect stage for the show – this is something the world has never seen before,” said Mickey Mikitani, Chairman and CEO of Rakuten, Inc. “It is a pleasure to present Leo Messi’s story to the world using one of the most creative platforms in entertainment.”

“We are proud of this exciting new partnership with Rakuten. Together we will give Messi10 by Cirque du Soleil, an inspiring story of optimism, hard work and endurance, new places to expand through special content and features like only a global leader in internet and technology like Rakuten can bring,” said Matías Loizaga, PopArt Music Partner and Sponsorship Director.


ABOUT THE MESSI10 BY CIRQUE DU SOLEIL DOCUMENTARY

As part of the sponsorship, Rakuten will also gain global exclusive distribution rights to the show’s documentary. Rakuten TV, Rakuten’s video-on-demand platform delivering the best cinematic experience to smart TV owners, will distribute it in Europe. The Messi10 by Cirque du Soleil documentary will take worldwide audiences inside the creation process of Cirque du Soleil first show inspired by a world-class athlete, starting from the very first artistic sketches to the world premiere in Barcelona.

The documentary will feature never-before-seen footage, including the creative process behind the show and its music, an exclusive look inside the Cirque du Soleil International Headquarters in Montreal, reflections of the core challenges of translating Messi’s attributes and more. The documentary will premiere and will be distributed in Europe through Rakuten TV in 2019. Rakuten will also distribute the documentary to other regions via its networks.

Messi10 by Cirque du Soleil tells the story of a young man with boundless ambition to overcome all obstacles in becoming the greatest number 10 in the world. Exploring all the elements of his success, the show creates a universe where greatness is found in bouncing back to your feet, no matter how many times you are brought down on your way to achieving the impossible.

The cast of 46 performers will take the audience and the fans on a euphoric 90-minute thrill ride that combines breathtaking physical performance with unthinkable poetic wonder, using a rousing soundtrack as a springboard for greatness.

The extraordinary show inspired by Leo Messi will premiere in Barcelona on October 10, 2019. This is a unique opportunity to enjoy the first show that artistically translates the talent of the living legend of football and shows that work and dedication make any dream possible.

PopArt Music is a leading business group formed by professionals with more than 20 years of experience in the music industry, who has worked with several of the most important artists in the world. They fully develop concerts, theatrical shows and events throughout Latin America. In addition, PopArt Music has developed, together with its clients, new concepts and strategies for their brands, generating a strong bond and long-term relationships. PopArt Music partnered for the first time with Cirque du Soleil in 2015 for the creation and production of SEP7IMO DIA - No Descansaré, celebrating the music of the Argentinean iconic band Soda Stereo that toured Latin America in 2017 and 2018, selling more than 1.5 million tickets.

Rakuten and Seiyu are leading the digital transformation of Japanese supermarkets

Digital Transformation of Logistics with Rakuten and Japan Post