Cell phones are now a basic necessity of life. Rakuten is working to “democratize the mobile network,” which will enable everyone to use mobile services at low prices and allow customers to freely choose from a variety of services to meet their specific needs.

As a simple one-plan service at a low price with high-capacity networks, unlimited data, and 5G compatibility, we have developed a plan that meets customers’ needs. Our employees also worked on the “Rakuten Mobile’s Base Station Installation Project” to make the democratization of the mobile industry a reality.

*As a large-scale commercial mobile network (as of October 1, 2019) / Stella Associa

A large-scale project that will change the history of Rakuten.

In April 2018, having received approval for our plan to open base stations, Rakuten took its first steps towards launching its services as a wireless service provider. However, the road has not been easy. Things did not go quite well according to our original plan, so in October 2018, we formed a special project team with ten members.

Rakuten has a Get-Things-Done mindset to achieve goals no matter how big they might be and in-depth, wide-ranging knowhow to help guide us along the way. Each member on the team utilized their expertise to accelerate project schedules. In November, we gathered more people from across the Rakuten Group to expand the project to several hundred people. After increasing the number of people engaged in this project and reviewing KPIs, we achieved our survey goal for the year in mid-December.

Since then, many employees from throughout the Rakuten Group joined the project one after another, making this an unprecedentedly large-scale project. In order to smoothly establish base stations throughout Japan, Rakuten formed alliances with partner companies and created a system to facilitate internal communication. Kaori and Ken joined the project at that time, followed by Tina in June 2020.

The Alliance Department negotiates with major corporations, companies operating nationwide chains, and private companies, as well as local with municipalities and governments, to set up base stations and work in cooperation with base station sales teams throughout Japan.

The BS Engineering Department was established in part to facilitate communication and is responsible for supporting members working together for the first time so that they can work efficiently and speedily. We established another department, the User Quality Management Department, to extract user feedback particularly with regard to base stations, determine priorities for base station installation, and confirm and coordinate technical matters with the Network Headquarters.

Considering the timelines of the project’s progress, we were in the process of building a sales structure when it launched, but by 2019, it had transformed into a large-scale project, and the required work had changed significantly. The project had entered a phase that required forming alliances to dynamically promote base station installation, prioritizing tasks to ensure the project progressed smoothly, and facilitating internal communication. From here, we will work to expand the number of base stations installed up to the number we have set as the target in our base station establishment plan, which is to be achieved by the end of March 2020.

Our team will overcome various obstacles together.

When the project was first launched, many people outside the company kept telling us that it was an “impossible endeavor.” The road was not easy. The team had to overcome many obstacles and make improvements every day to complete a task that would have taken several years to complete in just one year if pursued at a normal pace.

As a result of mobilizing the power of the Rakuten Group and the cooperation of our partners, we were able to improve the situation to the point where installing and opening base stations could proceed ahead of schedule. Initially, our plan was to open base stations to achieve 96% population coverage by the end of March 2026, but as of the end of January 2021, the nationwide population coverage rate was already at 74.9%, and we were on track to achieve this goal by the summer, five years ahead of schedule.

Degu explains how the team was able to improve the project so much after the initial delays.

“Each and every one of us remembered to stay focused on the task at hand and was working at top speed. We were able to work while feeling the joy of building something new from scratch.

During the kickoff in November 2018, Hiroshi Mikitani (Mickey) said that this project would be a major turning point in Rakuten’s history. It was also significant that all of us intimately shared his sentiment, which I believed helped us move forward with the project in earnest.”

Kaori explains why Rakuten employees can work at an incredibly fast pace.

I think this project reaffirmed what Mickey said at the briefing session for new graduates, that ‘Rakuten employees can pull their own weight after one year.
When you set your goals high, many things can go wrong, and hard times are practically a guarantee. But, the reason we have been able to work in virtuous cycles is that, instead of saying ‘why couldn’t I do it?’, they ask themselves ‘how do I move forward,’ thereby turning failures into stepping stones for success. I think that is why we have been able to continue to achieve our goals at an astonishingly fast pace. Tina and Ken also mentioned that, “It’s all about thinking and working without fear of making mistakes.” You need to make decisions as you learn and accelerate your work through being involved with a project. Because we were all in the same situation, we complemented each other’s deficiencies and turned them into strengths while always moving forward.

Building the future with this project.

By participating in this iconic project, which is a turning point in Rakuten’s history, and by overcoming high goals, the team is growing tremendously. In fact, in this project, young employees gained experience in decision-making by participating in management meetings, making presentations, and even making proposals to Mickey himself.

The ability to draw on the strengths of the people around us extends to our partner companies, local governments, and alliance partners. The alliances formed by installing base stations have increased the number of municipalities and companies that “want to work with Rakuten to enrich their communities.”

In response to these requests, we helped to establish an organization in January 2021 to collaborate with other companies using Rakuten’s assets. We achieved this outcome because our employees were not merely chasing the numbers of base stations installed, but were rather working with the genuine intention of using the project as an opportunity to “create the future together with various local governments and companies.”

Rakuten employees also contribute perspectives on how “what Rakuten can do for society” based on its foundation of working with a sense of speed, gaining experience, and taking action.That is precisely Rakuten’s strength.

Rakuten employees also contribute perspectives on how “what Rakuten can do for society” based on its foundation of working with a sense of speed, gaining experience, and taking action.That is precisely Rakuten’s strength.

“We want to create the most reliable and easy-to-use cellular network in Japan, and not just a fourth cell phone provider,” and will continue to push forward with passion and purpose.
Rakuten employees also contribute perspectives on how “what Rakuten can do for society” based on its foundation of working with a sense of speed, gaining experience, and taking action.That is precisely Rakuten’s strength. 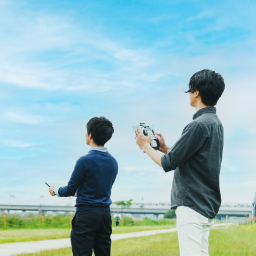