In 2016, we launched this project to research and develop logistics systems using drones in order to help alleviate logistics problems, such as saturated infrastructure, shortage of drivers, and increases in shopping refugees. Since 2018, Rakuten has also incorporated unmanned ground vehicles (UGVs) into its business domain and continues to explore new logistics systems. The project is attracting global attention because it is large-scale, innovative, and will continue to take on challenges in cooperation with the national and local governments.

We’re engaged in something no one has ever done before. A project that will cultivate a sense of fulfillment and responsibility.

The situation surrounding modern logistics systems is becoming a severe social problem. In addition to soaring delivery costs caused by the saturation of existing infrastructure and a shortage of manpower, Japan is facing the problem of “shopping refugees,” which is linked to the aging population problem as well as that of transporting goods during repeated disasters, all of which are concerns that remain unsolved. Meanwhile, Rakuten has shifted its focus to the sky and drones. In a sense, the sky is an untouched logistics route where unmanned drones will be used to transport goods. This dream-like project has the potential to wipe out all these problems and is steadily making tangible progress.

The Drone & UGV Business Department was created as a new project in 2016 and later promoted to become the Drone Division. Currently, it continues to operate as its own business division. Members of this division say they are attracted to the business itself, “We are attracted to building something with our own hands that no one else has done before.” Charo, who joined in 2016, had the following to say.

I wanted to take on the challenge of creating a business from scratch, so when I was assigned to this position, I thought ‘I’ve been waiting for this!’ The concepts and technologies we create go on to become prototypes. That’s what I find so rewarding about this job. 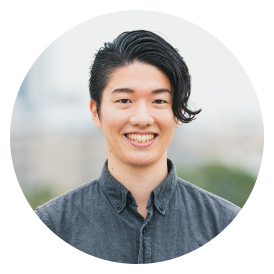 Taylor, who works in the tech division, says that the surprises he faces in the field are the driving force behind his growth.

I’ve always liked mechanics, so I think my current job is truly my calling, but I also gained unexpected new insight through negotiations with various partners. I’m constantly amazed that a certain technology exists and that a certain manufacturer exists. 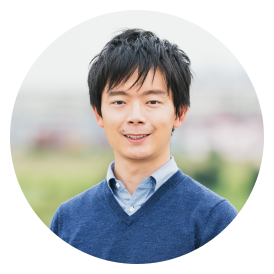 After joining the company, Tom, whose first assignment was to this division, adapted to its concept immediately and quickly found it rewarding.

I feel a sense of responsibility, but also a sense of fulfillment, knowing that we are responsible for setting regulations and rules. As a top runner, we are driving a new industry. I am happy to be in charge of such a dynamic project so soon after joining the company. 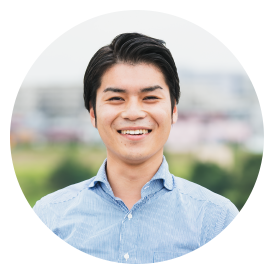 Bringing ideas into reality is like grasping at a cloud.

Transporting things by drones. Simple enough to put into words, as is visualizing it as a project. In reality, however, many obstacles must be overcome. For example, the issue of regulation. One of our missions is to find a way to alleviate current restrictions on flying drones freely in urban areas. Technical issues also stand in the way. We also need to determine how we may improve drone performance itself, as drones currently only have a flight capability of about 10 km round trip. What sort of frame do we need for those heavier loads? Although these problems are complicated to solve, our members’ faces show no signs of impatience or confusion. Charo has a clear idea about the process of solving these problems.

The first thing to consider is safety. Many believe that drones are dangerous, and that’s why they are regulated, so we need to break down the stereotypes by building up a record of tests and achievements. What technical problems do we need to solve to achieve this? Many problems are interconnected, so I hope we can find a solution, one issue at a time.

To prove that drone delivery is safe and beneficial, we collect various data through repeated flight tests. We often travel to distant places in search of an area where we can fly drones. The schedule is often so hectic that Taylor laughs,

Even if I were to have many bodies, I still wouldn’t have enough time to accomplish everything.

Tom’s words express the difficulty of taking on an unprecedented challenge and the fulfillment of knowing that all of the difficult work and results will benefit the project as a whole. For the Drone Business Department, which often takes on challenges as a team, difficulties are overcome by working together. Even unexpected problems are accepted with a smile as necessary sustenance for progress.

Even though it’s simply a test, I find every flight nerve wracking. Not only do I wonder if it will fly correctly, but I also encounter situations that I didn’t anticipate beforehand.

Demonstration experiments are steadily yielding results. An “Industrial Revolution in the Sky” is just around the corner.

Although the mission itself centers on development, not all of its activities are dedicated solely to research and development. While it’s part of the testing process, the company is also gradually building up a track record of using drones to transport goods and contribute to customer needs.

We held an event where we used drones to send Mother’s Day gifts from Rakuten Ichiba. Seeing amazed and thrilled customers made me realize that this is the kind of empowerment we should be aiming for and that this is our greatest achievement.

The success of other practical cases, such as delivering food to disaster-stricken areas where shopping is not possible and delivering packages to apartment complexes, has raised expectations that drone logistics will become a reality sooner than we imagined. This advanced business model, which is becoming ever more concrete, is attracting a lot of attention from overseas. We have received requests for interviews from media worldwide, even receiving inquiries from overseas businesses about using our services. Rather than getting carried away by such early success, we believe that our top priority is to be mindful of our goals and make sure that we complete our mission.

I know that companies both in Japan and overseas are researching similar business models, and I would be lying if I said I wasn’t concerned. However, at this point, we can’t think about who our rivals are. I hope that we can build a new logistics system that is unique to Rakuten and Japan while keeping an eye on global trends.

We are creating new infrastructure and business in the sky, a vastly untapped resource. This would have been the theme of a science fiction novel a long time ago, but now we are giving it shape. Needless to say, this is driven by our team’s positive attitude, as they overcome many barriers with smiles on their faces.

*This article is based on the information at the time of the interview.