Rakuten LIVE is a live video streaming service that allows artists, celebrities and general users to live stream videos and communicate with viewers in real-time as “LIVE streamers*1.” Viewers can enjoy interactive communication with streamers in real-time by sending comments and “gifts*2” to show their support. 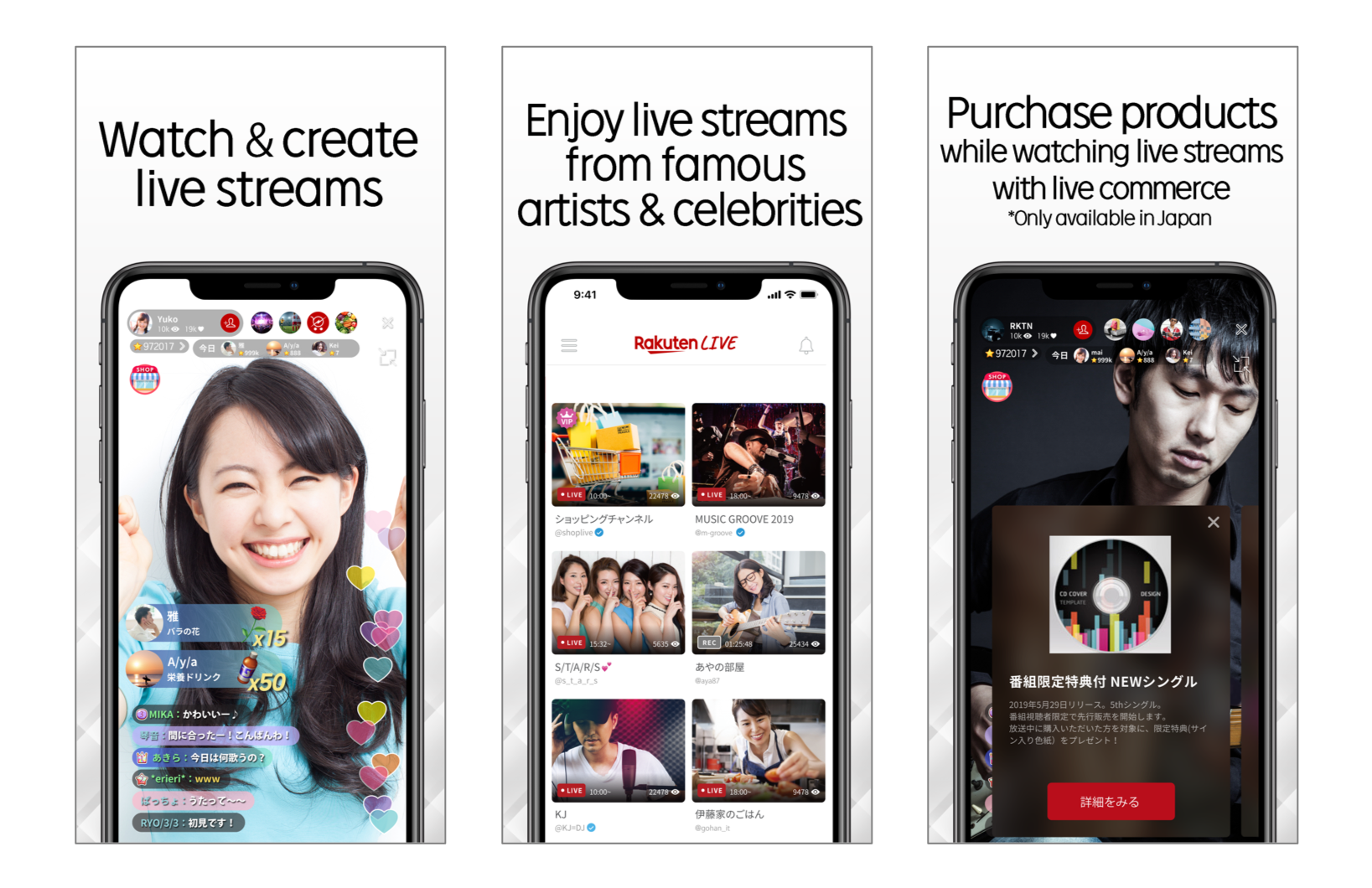 The service also offers a live commerce function in which viewers can easily access sites to purchase products featured in streaming videos, allowing shoppers to make purchases while watching. Artists, celebrities and other streamers can effectively promote products through the service by highlighting the appeal of products and engaging in interactive communication with viewers. The live commerce function of Rakuten LIVE will also be linked to other services offered by the Rakuten Group. Rakuten LIVE aims to provide an exciting and diverse live commerce experience through collaborations with various e-commerce services such as the Rakuten Ichiba online shopping mall, Rakuten Books and Rakuten Ticket, with future plans to include videos featuring merchants from Rakuten Ichiba.

With the growing popularity of social media and video-sharing services, it is now possible for anyone to easily share content. Fans are now able to engage in interactive two-way communication with artists and celebrities in a way that had not been possible before. In addition to offering a live entertainment experience that promotes user participation, Rakuten LIVE leverages the Rakuten group’s e-commerce services to provide a robust live commerce experience, creating a next generation live video streaming service.

By offering a variety of content services including Rakuten LIVE, Rakuten aims to provide a new entertainment experience.

*1 “LIVE streamers” are streamers who use the Rakuten LIVE video streaming service to stream videos.
*2 “Gifts” are items that viewers give to streamers to show their support. Gifts can be obtained by purchasing Rakuten LIVE “medals.”