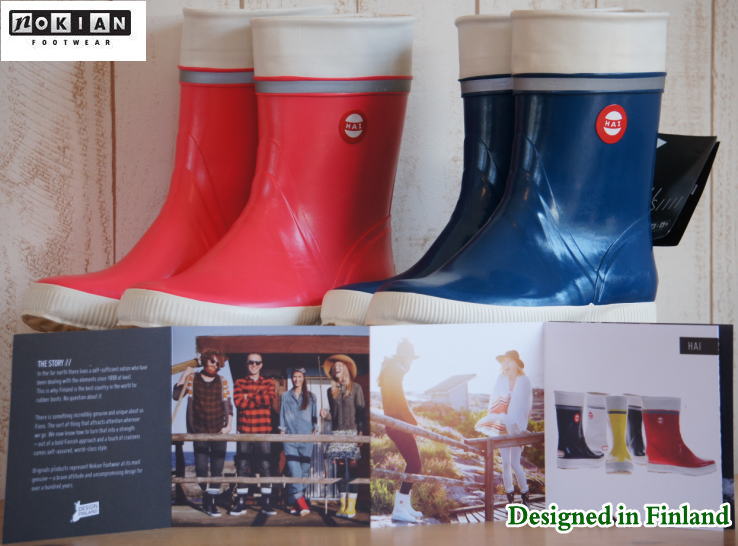 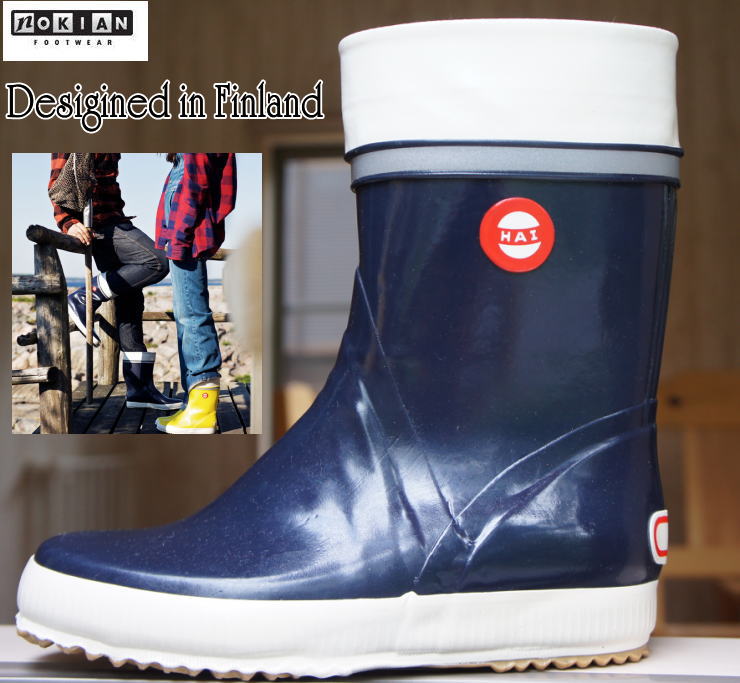 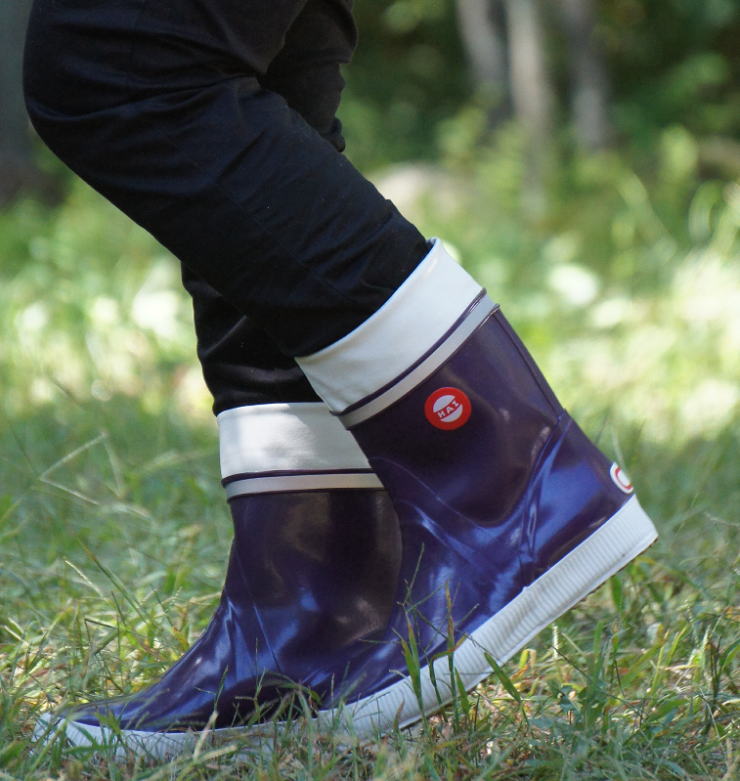 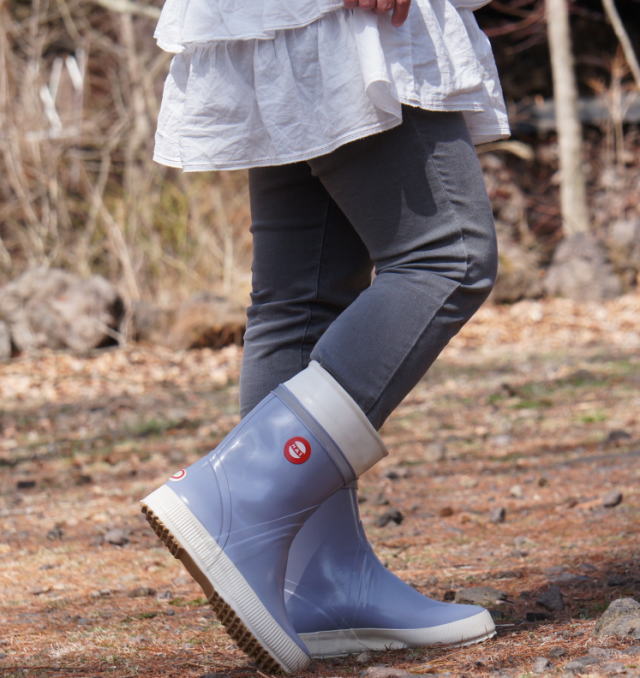 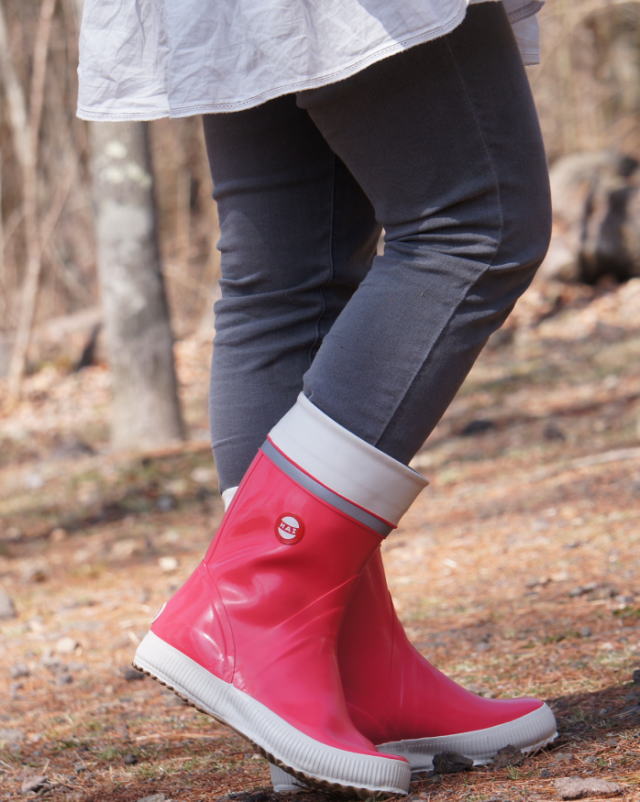 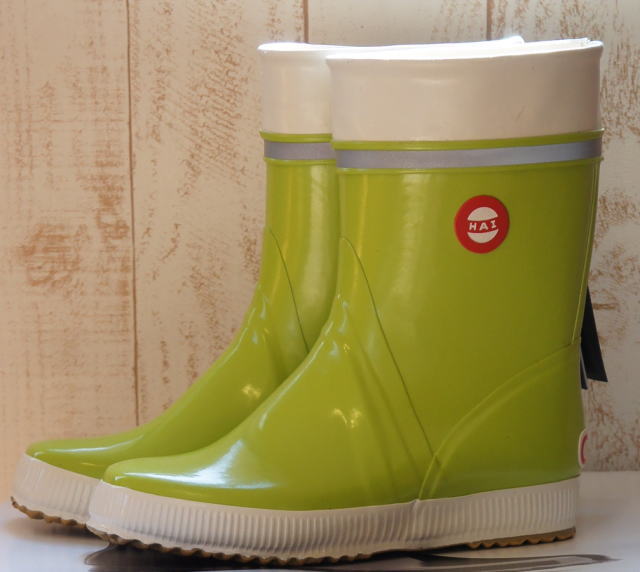 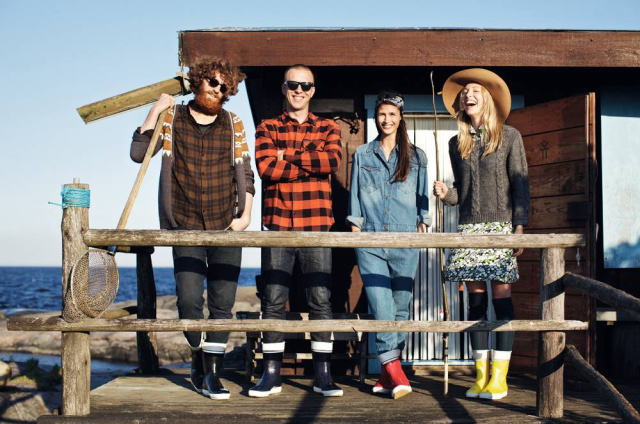 Establishment of a business 1898.
With the history more than 100 years [ノキアンフットウェア]

[ノキアンフットウェア],
In 1898 as Finnish RubberWorks Ltd
It was founded in Helsinki.


Afterwards in 1904 from Helsinki
I move to the town called NOKIA.
Speaking of NOKIA, ... is so.
Of Finland which is very famous worldwide
I think that a mobile company [Nokia] is associated, but,
In fact, originally NokianFootwear was the same company, too.


It is become a branch shrine in the 1990s by Nokia and is,
It is in Helsinki from 2005
[Berner] But, it is a brand of Nokian FootWear
I manage it. 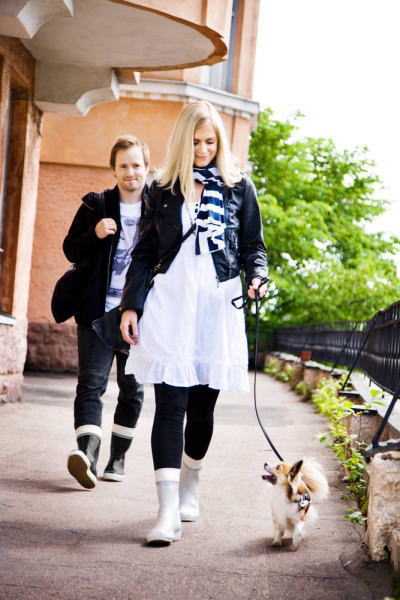 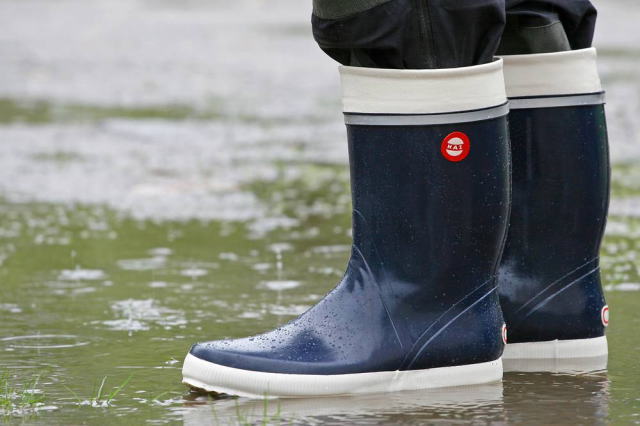 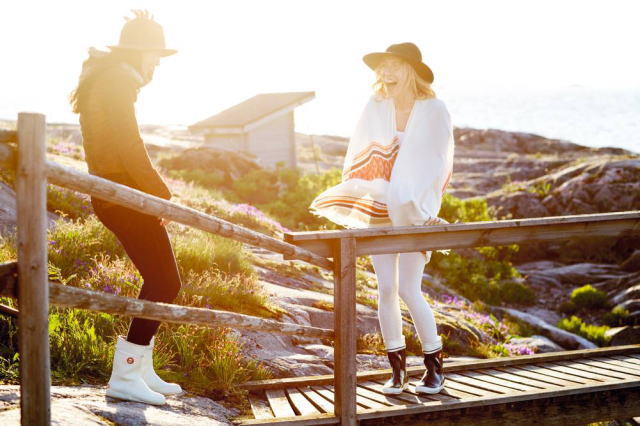 [Designed in Finland, Hademade in Europe]

The rubber boots of ノキアンフットウェア,
It is designed in Finland.

With the simplicity that shaved off waste,
By the design which harmonized with functionality
It is loved for a long time in Finland.


In the particularly winter severe environment for security and
It is designed to be able to spend it comfortably
That means, understand it so as to wear it if I wear it
I think that I can have.


In addition, the most of the product in Europe
It is made with handcraft.
The design is Finland,
The production is handcraft; in Europe
In the point that I am particular one by one and make
It is charm of ノキアンフットウェア. 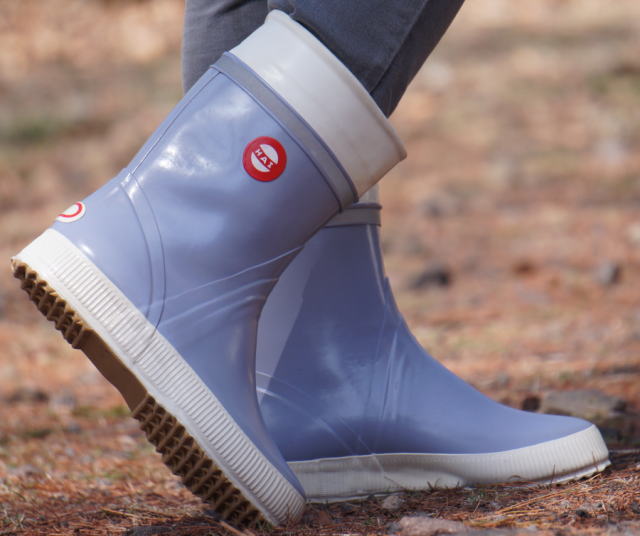 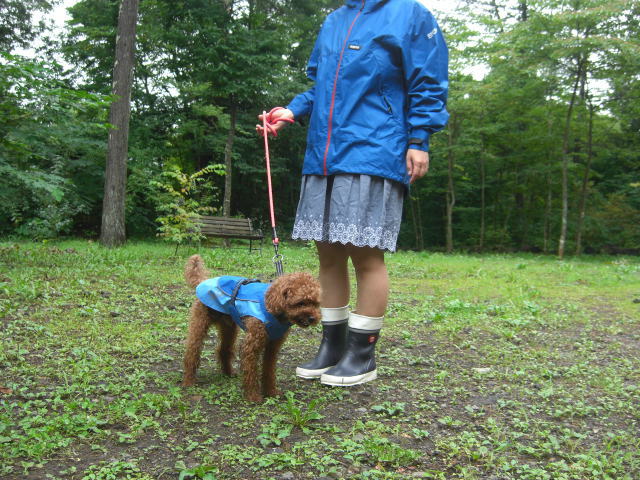 The sole is such a feeling. 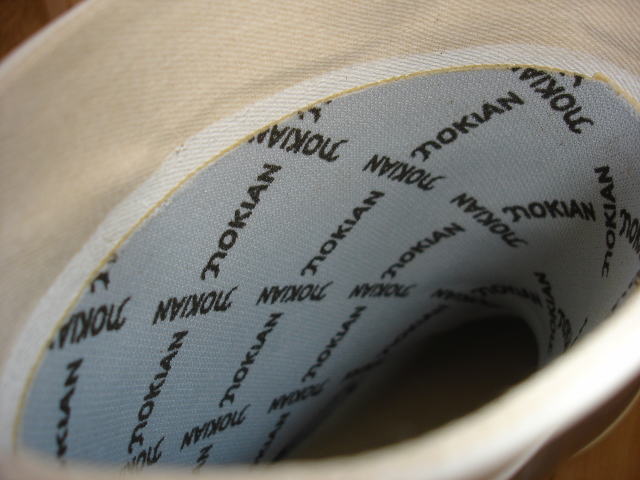 The lining which is high in quick-drying 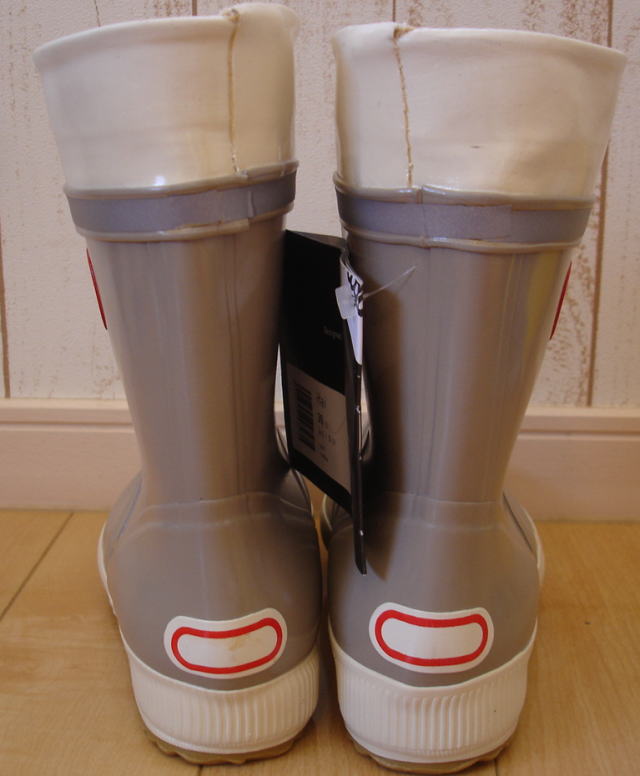 It is with a safe reflection reflector

Of popularity in ノキアンフットウェア
I introduce Hai of the Originals series.

When I went to Helsinki for a business trip, I saw it well
The Hai series of NokianFootwear.
The handling of ノキアンフットウェア
When I want to treat it by all means after being decided
It was the product which I thought of.
Actually, it is not only a woman in Helsinki,
As for the elderly uncles this Hai series
I dressed it well cool.


Such Hai series in 1968
The model that was announced.
The point of the Hai series is simple
That the pattern that there is can make expanding ... く 考 えらて.
It is the point that I really heard from the person in charge as follows.


For example, under the white part of the upper boots
Reflection トリーム is on. Of the rainy day
The sky is apt to darken by the walk by all means,
I am reliable in the time that is dark if there is this reflection トリーム
(because the winter in Finland is very dark particularly this reflection)
トリーム seems to play an active part very much;). .


In addition, as well as rubber boots of other ノキアン,
It is slightly than normal size greatly made.
When hear a reason; the socks which are thick on the days when 'is cold
Because is devised to be able to wear it even if wear it; '
とのこと. I have admired "indeed" without thinking.


Furthermore, to be easy to walk; slightly a heel part
It is about an important point to be raised.
It is easy to surely walk by raising a heel part,
I feel like being hard to be tired (personal to the last)
Is an opinion;). And a foot is slightly long nimbly
There seems to be the effect to show (笑).


By the way, it is with an insole of warm felt,
The insole can do disassembly. In addition,
Even if the lining gets wet; material with the quick-drying
It is feelings adopting.


Finally to use it in the winter when North Europe is severe,
Because the grip power becomes a certain type to some extent, too
When even the walk of the snowy day shows an effect rain
I think. Not to mention the walk with the pet dog,
It is the product which I, please use habitually in gardening and daily by all means.
Only as rain boots of the autumn ... winter
It is recommended including heat retention as rubber boots.

The classic collar is 4 collars in total.
As an every year model in the spring and summer, a model in the fall and winter basically
A color comes up twice a year in a season.
Because I do not know whether the collar appears in next when in a season,
It becomes the considerably precious color.

※Because it is slightly slightly bigger, and the size is made,
When it is at a loss, a one size bottom is recommended. 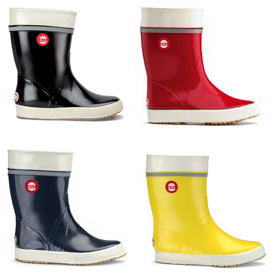 Attention
Wounds some for import goods and a case to include a dirt
There is it. In addition, because it becomes the handmade product,
A certain case includes the wounds in the process of manufacture, too.
Approve it beforehand.

It is recommended as rubber boots for the walk with the pet dog in daily.

Men are recommended, too. The affinity with Sasta, the jacket of the same North Europe design is distinguished, too. 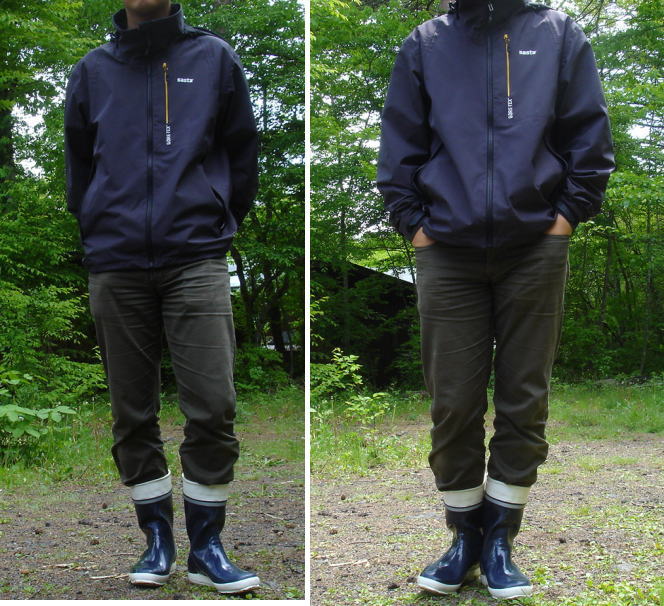 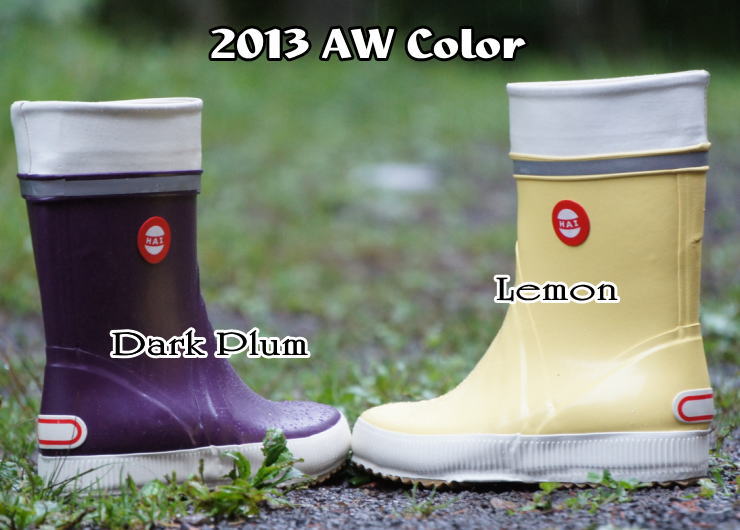 ※It was received. Shipment is possible within 1-3 business days.

※Part of color has size stock in 2012 seasons.

※We are Nokian It becomes the Japanese authorized agent of Footwear.
Store which is interesting to rain boots of Nokian in retail store
Because you do wholesale sale, please contact us.

The Hai series was featured in a Web site [North Europe design communication].

I heard the history and feelings of ノキアンフットウェア.