Rakuten is continuing to change at a tremendous speed, and working here is always exciting 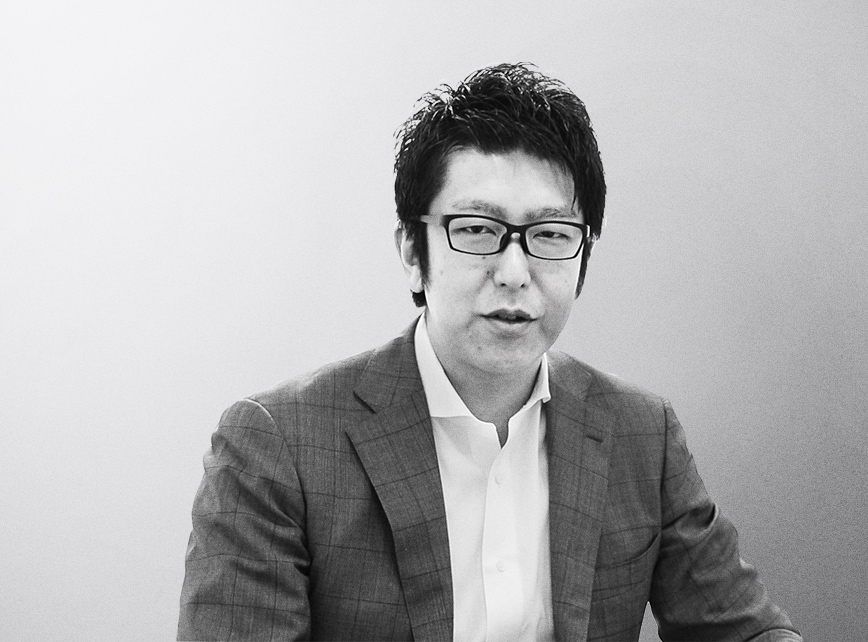 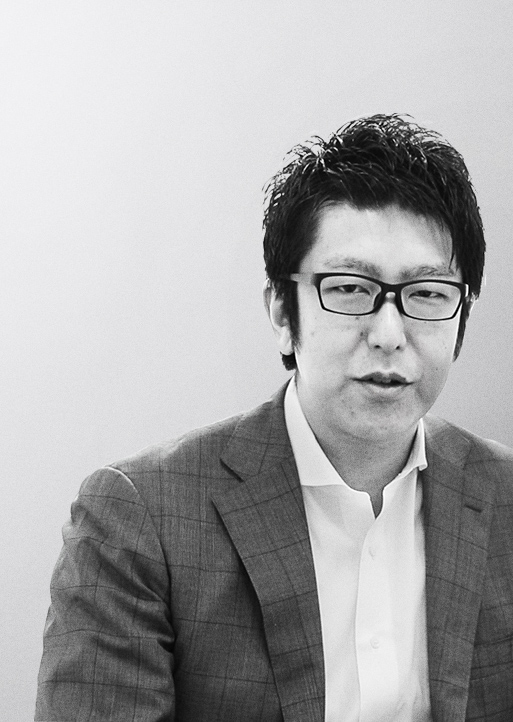 In 2003, I joined the former UFJ Bank Limited (now the Bank of Tokyo-Mitsubishi UFJ, Ltd.). After this, I worked in a London securities subsidiary and was responsible for sales & trading, mainly in new product development such as derivative-inclusive bonds. At the bank, I carried out work relating to M&A of local American banks and assets and teams from European banks after the collapse of Lehman Brothers.

I studied for my MBA at UCLA, and after that I returned to Japan to pursue work in asset liability management and fund liquidity risk management. Then, I joined Rakuten Group, Inc. in January 2016.

My hobbies are road biking, going to the gym, and listening to music.

To experience change where the world of finance is being redrawn

I moved from banking to Rakuten and was motivated to join because I thought that Rakuten would be a leader in financial services. A wave of technological innovation in the form of FinTech is surging over the financial world, and there will be major changes in the next 10 years. Until now, traditional financial institutions such as banks and securities companies have provided services, but with the changes in the regulatory environment, the areas in which IT companies play an active role are expanding. I wanted to be at the forefront and experience this change.

One other reason was that this is a principal role, unlike M&A advisory for banks and foreign investment. I felt that carrying out indirect work in the form of advisory and conducting transactions while considering the company I work for would make a big difference in my own future growth. 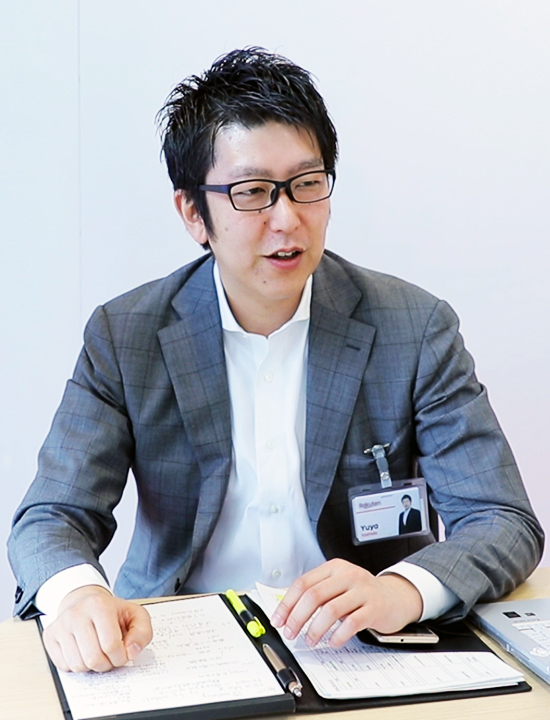 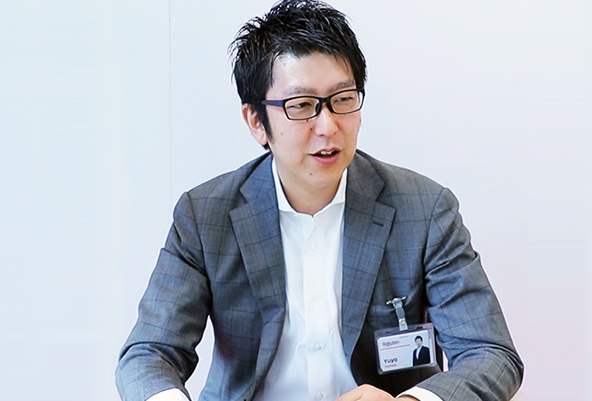 Lots of other companies carry out this work via multi-person teams, so each person is only involved in a part of a deal, but in Rakuten, one person is fundamentally responsible, meaning that they have a great deal of discretionary power and whether the project moves forwards depends on them; it's clear where the responsibility lies.

In addition, in Rakuten I can be involved in a wide range of businesses, from e-commerce to banking and logistics, regardless of the type of industry or whether it is domestic or international. In my case, around half of my projects are international. I use my financial skills as a base to learn about the businesses for which I am responsible. I’m interested in management, and the experience that I cultivated through my MBA is useful in that I analyzed many different business models. 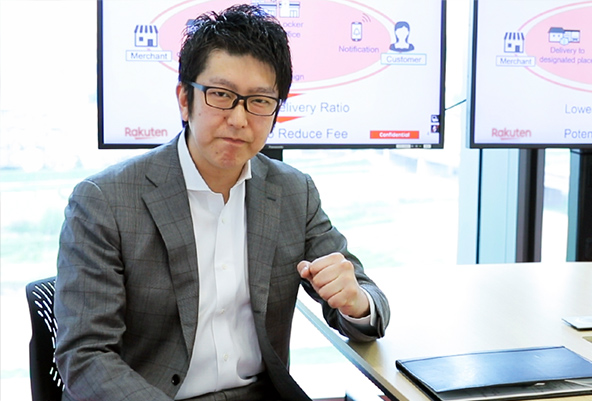 What Makes the Job Worth Doing?

An environment where I can work every day with management, and constantly change and challenge myself

I can gradually lose my enthusiasm if I am always doing the same type of work, so I need constant change and challenges in order to perform at my best and deliver a high quality of work.

Rakuten is continuing to change, so even though I should be doing the same type of work in the same department, I exeperience new challenges every day.

It has been just over a year since I changed jobs and joined Rakuten, and looking back at myself a year ago, I’m surprised at how different I am now.

I work in an environment where I can work with Rakuten’s management members, including our CEO, Mickey, and the vice president, whilst the strategies I decide have a major impact on the future of the company, which makes me feel positive and gives me a great sense of responsibility. I also personally like Rakuten’s approach that “M&A is just spending money only,” as there are instances in which I acquired banks or card companies at low cost which later blossomed after development, and ultimately were greatly profitable. To be successful in M&A requires strong decision-making ability, as you are responsible for making deals that can potentially generate major profits later, especially in times of uncertainty, such when Lehman Brothers collapsed. I think that the decision-making abilities of our CEO and management are genius, and working with people who have both the ability to make decisions and predict trends creates a really stimulating and exciting environment. The Members I Work With

My team is made up of professional members with different backgrounds - such as people from finance and also manufacturing - drawing expertise from many areas to build the financial skills to ensure success.

Our diverse team advances projects through freely exchanging ideas. I think this is really brilliant and generates innovation.

All of the projects we do are very difficult and tough, but I like our team because we efficiently manage resources and time.

Rakuten offers an environment in which people that live in many different countries can communicate via video conferencing and chat systems to cooperate effectively. Crimson House, our head office in Tokyo, has an open atmosphere, and it is like we are working overseas despite living in Japan. This is an environment where we don’t feel unnecessary stress and can focus on our jobs effectively. 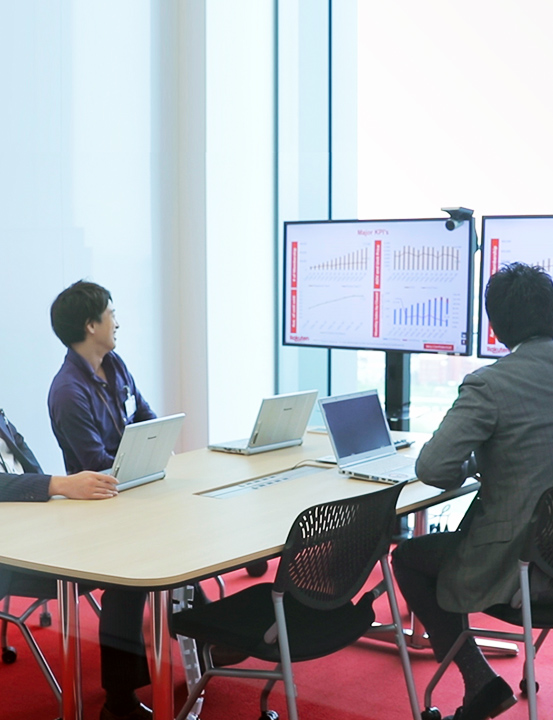 What is Important in My Work

Breaking down “walls” to make society even better

There are a lot of things that we can't make into reality just because we think that there is a problem.

In times like this, don’t list all the reasons why you can’t do something, but find a way out of the situation by saying, “What can I do/what must I do to achieve this?” or “In the meantime, let’s try stretching a little and doing what I can straightaway.” I always want to do my job in a way that I can break through so-called “walls", which are the situations in which people think “we can’t do this.”

In addition - and not only because this is the ambition that I have as an MBA - I want to work with the mentality that what I am doing is contributing to society, rather than simply with a focus on money.

Alliance is important because it shows a company’s approach to society. I do not think that there are many situations that provide you with the sense that your work is having such an impact on society while you do your job, but being close to users and getting their responses directly is the real pleasure of working in Rakuten.

*The names and content of this article are current as of the time of the interview. 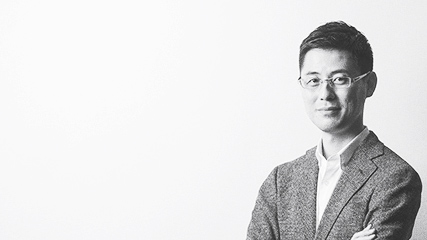 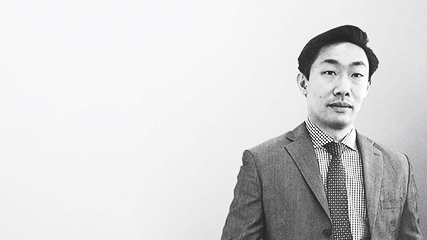 Look at all Jobs in Japan